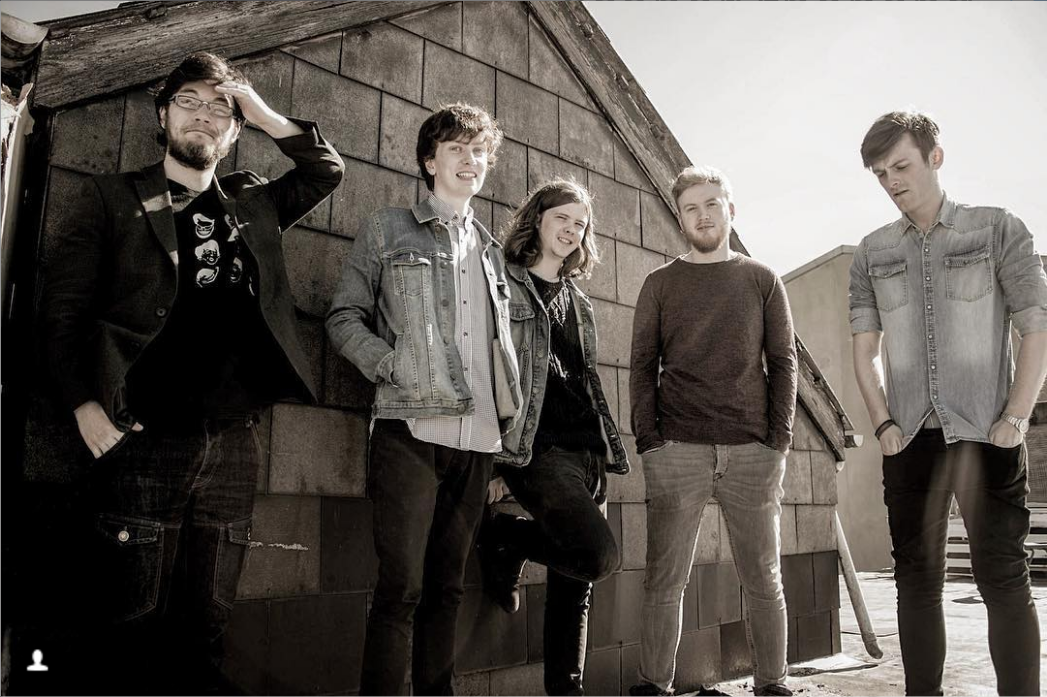 Scenery didn't take long to propel themselves into Derry’s musical hierarchy (if it still exists), too often great bands from this City have passed us by due to their lack of dedication to gigs and limited playing time every weekend.

No one can make that accusation about Scenery, however. In just a year they have played nearly every bar in the town, starting in everywhere from Bennagins to the Bentley, they now create the best nights when they’re given a proper stage and venue to build an atmosphere that crowds love. Nights in the Playhouse and the Guildhall are just tasters for a band hell bent on making it for themselves.

When I meet front-man Stephen Whiteman and guitarist Dave McConnell (always Davey Blues to me), it’s bright and early. All three of us struggle to wake up, allowing a bright sun to do it abrasively, it doesn't take long when we go up to the studio to loosen up. A couple of takes on a cover and both of them have warmed up physically and mentally.

“The ball is finally starting to roll,” Dave proudly states. They feel as if things, if not getting off the ground, are taking shape for flight.

Taking me back to the beginning, Stephen and Ruairi Coyle (Scenery’s drummer) were the two to get it together, “I didn't feel comfortable with it [initially]. Around a year ago though, I approached Ruairi again to find out if he was still in Derry and if he was still up for getting this band together.”

Ruairi was in Magee with Saxophonist Peter Howard and were able to bring Dave in. With only one missing link, it was fate they would come across one of the city’s best bass players in Chris Doherty. Dave tells me, “Chris… Chris was just down in Bennegin’s one night, open mic!” Stephen claims the acquisition, “I spotted Chris at open mic and swooped him.” 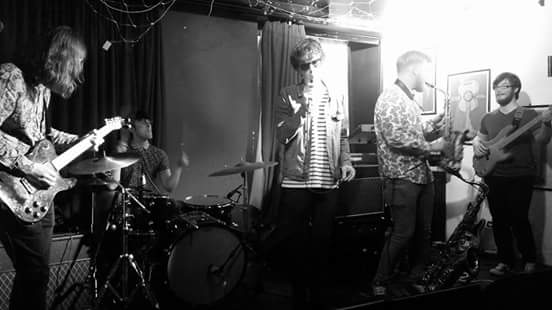 With the individuals assembled, I was sure there were key aims and goals, how could a band so organised and strategic not have. “I think Ruairi always had it in his head that it was going to be a soul band, bluesy soul covers with Peter on the sax.” Stephen tells me.

When they began writing, the mix of influences came together promisingly. Dave excitedly explains, “even now, a year later, I can’t put my finger on what genre of music we are. To me, its original. Each member of the band had different influences, and different musical loves.

Dave tells me the process, as Stephen would come in with fragments and the boys would jam over it, evolving around it. Stephen nails on the answer to my question, possibly keen to keep the process to themselves or just to explain their creative system, “There wasn't a shared aim or plan, myself and Ruairi wanted to do soul, but when it came to the originals, there were five good musicians in the room.”

Stephen philosophically tells me their mantra; “lets just give everyone freedom to have their own ideas. Lets not suffocate anyone’s creativity.”

Its at this point of mentioning musicians creativity, I ask Dave about his own. I had know Dave as one of the town’s best blues guitarist, “[Moving from the blues] wasn't a hard transition.. Its exactly what I wanted to do, improvisation. I wouldn't want to just get up to do cover songs. I’d much rather have that bit of freedom and left to be ‘in the moment’ when I’m playing. The audience definitely picks up on that.”

Scenery recently recorded their first EP in SmallTown America Studios, Dave explains, “we loved it, but five live tracks in one day was hectic, performance wise, we felt it sounded good but with guitar tones and particular things in it, needed some work.”

They felt they were able to emulate their live feel on the recording with elements of improvisation and can hear it back now with the tracks. 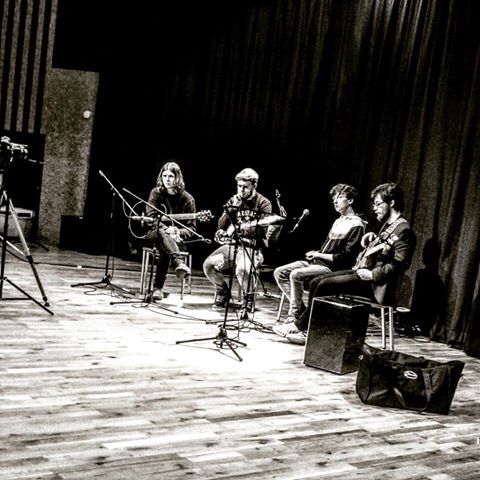 This EP is the next logical step for Scenery, Dave explains, “thats what I meant getting the ball rolling, the first year was about gaining a fan base and building a reputation and this EP will hopefully let us branch out.”

With an EP tour planned, promoters are beginning to take notice as Stephen tells me, “Paul Brown is on board now and he’s been trying to get us some gigs in Belfast and Dublin I believe, planning it around Freshers week at Universities. Nothings set yet but we’re going to aim to finish off with a gig in London I’m lining up at the minute.”

Whilst they definitely don't seem the kind of band to cry about their opportunities, they concede that, “our aim [before concentrating on Belfast and Dublin] was to get an EP recorded and be able to use it with promotors and as a platform. Without a doubt though, we can’t wait to get out of Derry at this stage!”

Scenery are easily one the most dedicated and intreating bands in the City at the moment, as their crowds continue to grow, so will their long term following. In an age where bands think sticking an iPhone recording on soundcloud is a release, Scenery are showing how to use the traditional techniques of hard work and gigging to fulfil their goals. Regardless of all that, they sound exciting and original and thats all we music fans want.

Listen to the full interview here.

Look out for the live session tracks on IndependentMusic.com soon.