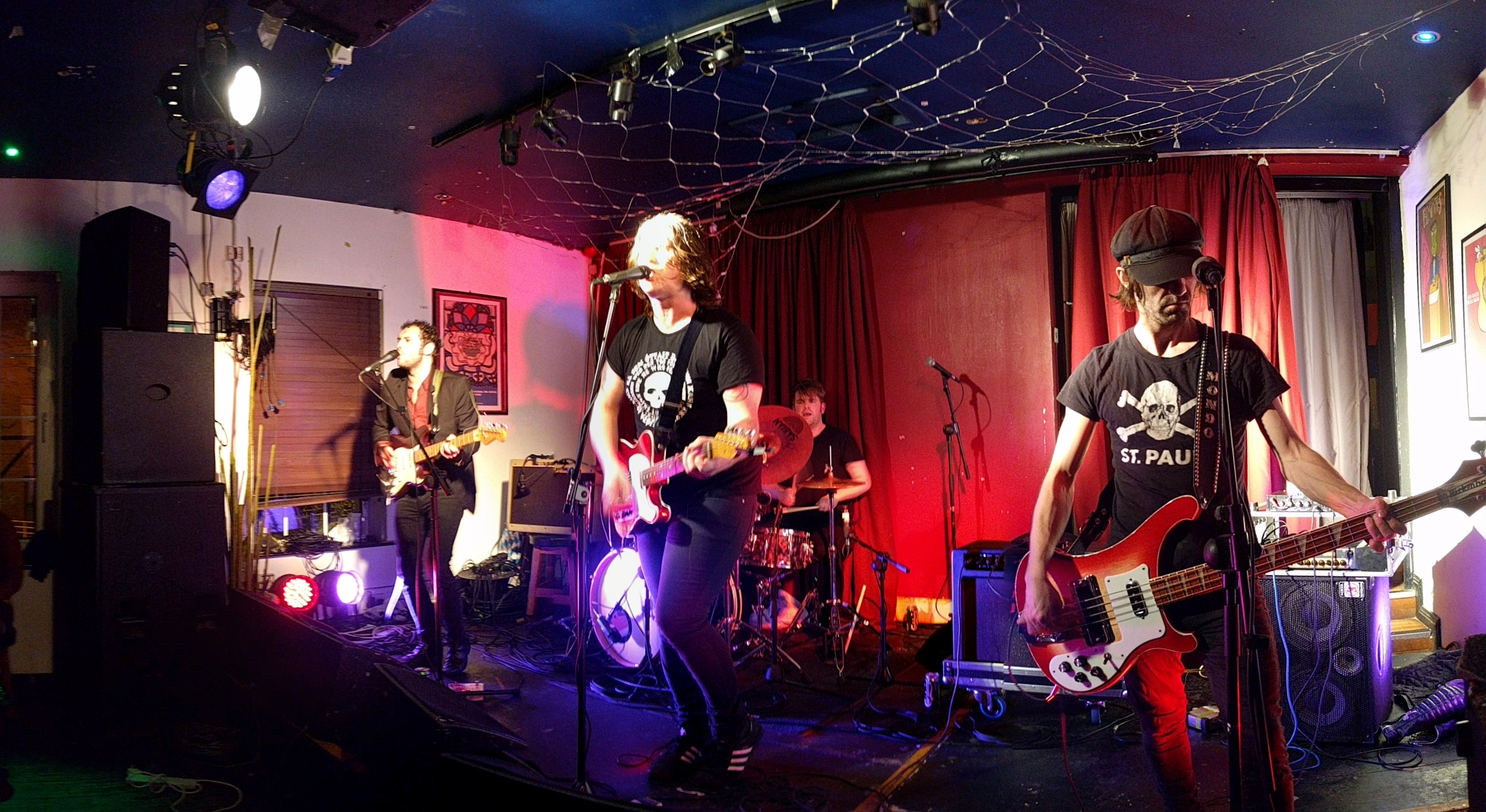 The deep Dublin tones of The Stef’s vocals have echoed around Sandino’s back-room venue for the last 10 years. The most prominently toured Dublin band in the dizzying heights of the North have called it a day after 10 years.

The love affair of music promoters like our own Kevin Magee across the country, throughout Europe and even America, it’s only fitting that these rocked out showmen have one last jam in the room that they have for years with the top cream of bands from Derry supporting them.

The support acts may have changed but The Mighty Stef’s great showmen attitude has not. ‘Here Comes The Landed Gentry’ & ‘The Q’ were nearly always on the Stef’s line up in Derry, now regenerated as new Doctors, The Wood Burning Savages, Das Motorik and Waldorf & Cannon. 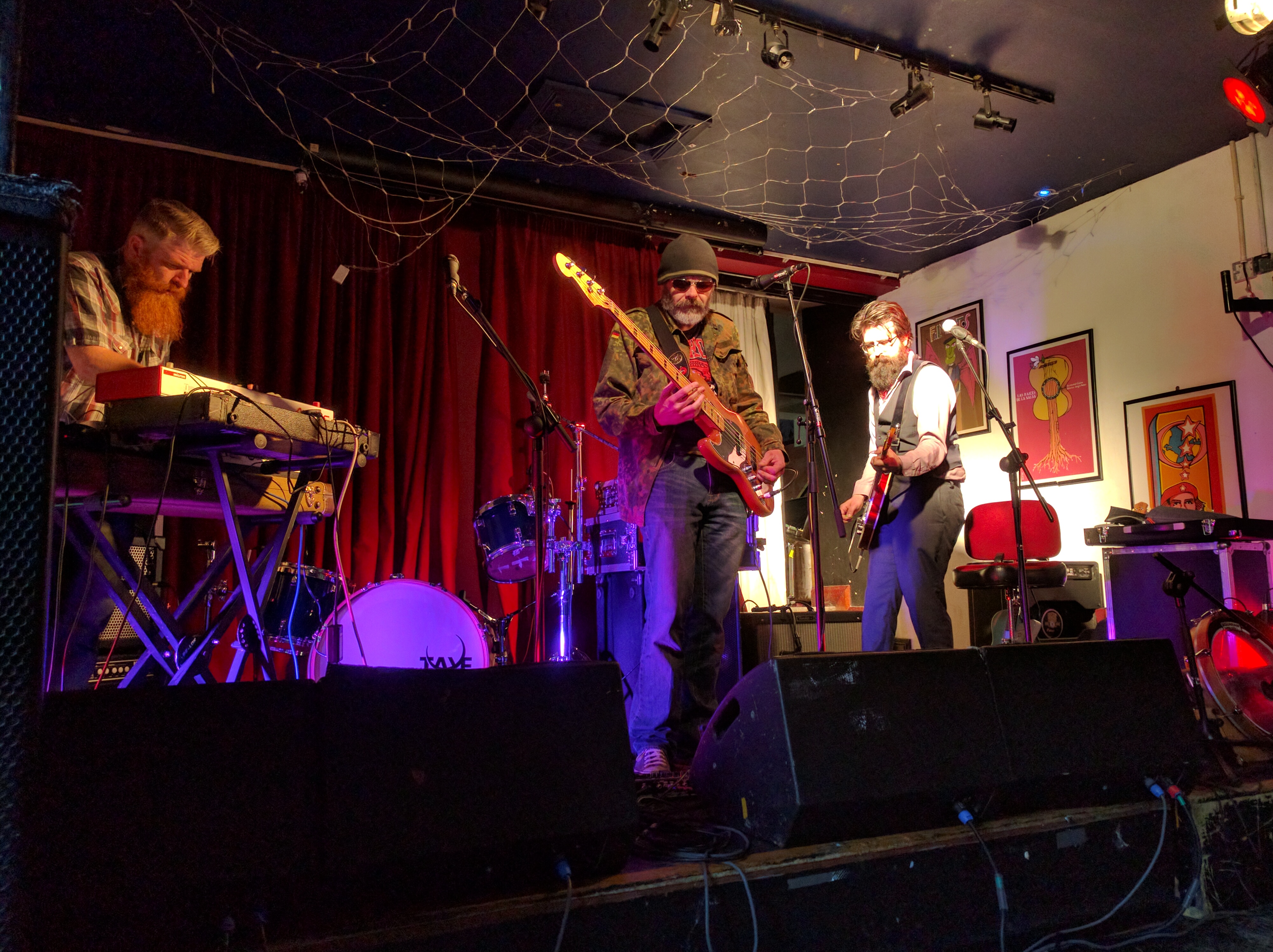 A lightning bolt of disaster spelled a nightmare to come as ‘The Mighty Stef’ were stuck in Buncranna with a dead van battery and no way to get to their gear. No gig this worth waiting for goes off without a hitch though and ‘Das Motorik' took to a stage draped in the brightest sun all year to freak and unsettle some established music fans.

Synthesiser on top of synthesiser, drum machines, bass and guitar to tune theremins to and a sound unrecognisable to any other band that evening, all wrapped up in 3 ten minute songs. Das Motorik’s undeniable influences from Kraftwerk and Bowie with Eno are sewn with the thumping heart of Kraut Rock and whilst their freaky antics didn't receive the crowd’s reception as well as the more rock hinged bands on the bill, their unsettling performance is exactly what their would have hoped for. 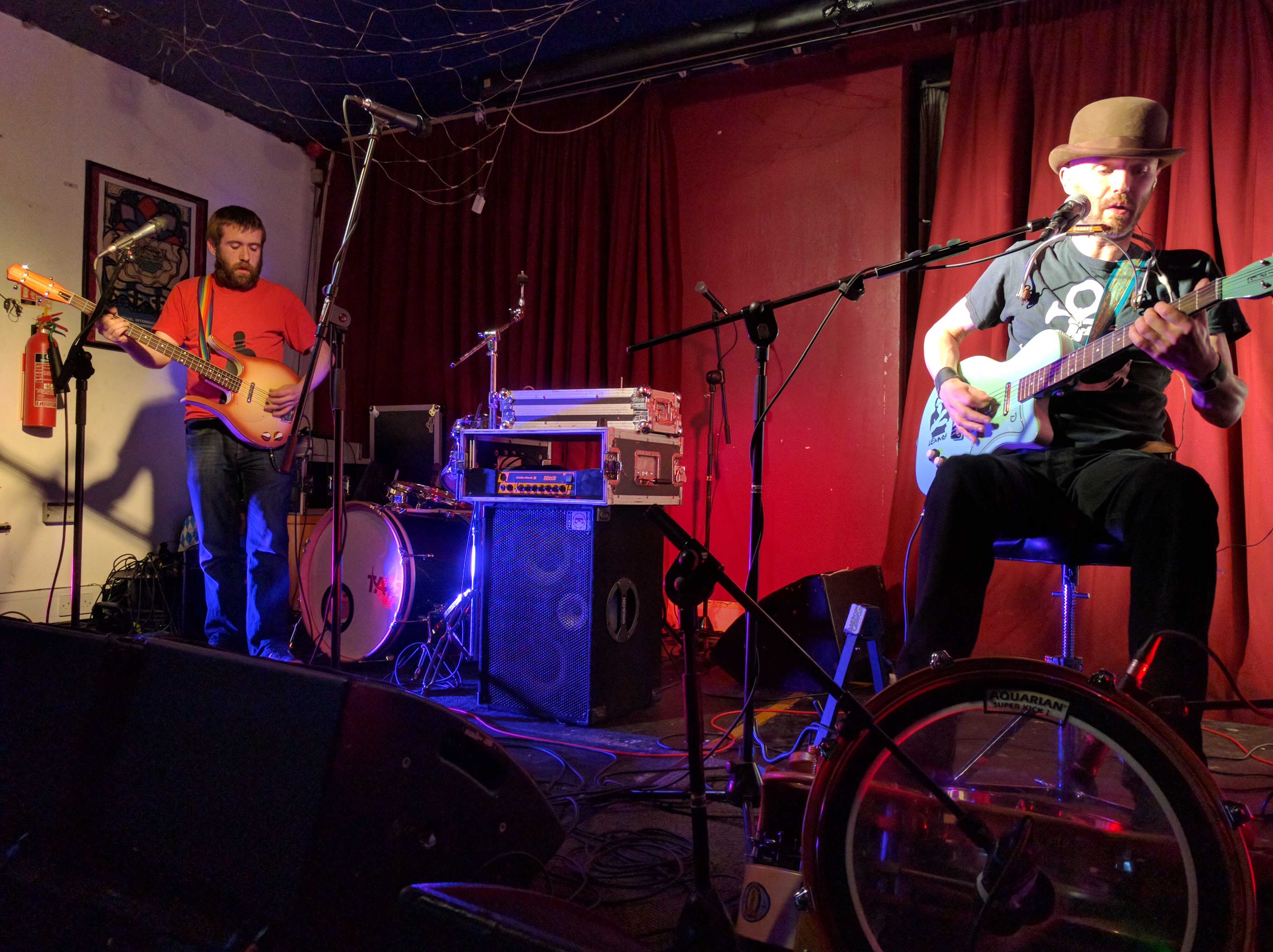 As the sun slowly retreated, the music hipsters started to come from the shadows and the room started to swell. Waldorf & Cannon were up next and set the tone of style for the evening. A handmade drum machine/box of a different nature made of wood, snare and high hat as opposed to rubber and motherboards provided the rhythm to Cannon and Waldorf guitar and bass. With a shuffle rhythm from the drum box and a distinctly bluesy string section layered with plenty of mouth organ gives Waldorf and Cannon a strange standing between the blues rock of the 70s with the rock and roll of 50s skiffle. The crowd started to let go off their inhibitions as the Mighty Stef arrived, triumphant over their bad luck.

The Mighty Stef have proudly toured Europe for a decade, van trouble couldn't stop them in Buncranna. Speaking to Nialler9 in March following the announcement of end of the band, Stef addressed the conclusion to his musical baby.

“No individual member of the group is retiring from music, everyone will be getting back on the horse pretty soon with some new and exciting projects but for a number of different reasons, some personal, some business, none too dramatic we have decided to put the Beast that is TMS to bed.”

“I’d like to also take the time to thank you for your support in the last 10 years. It has been valuable and humbling in an industry where at times it really feels like nobody cares.” 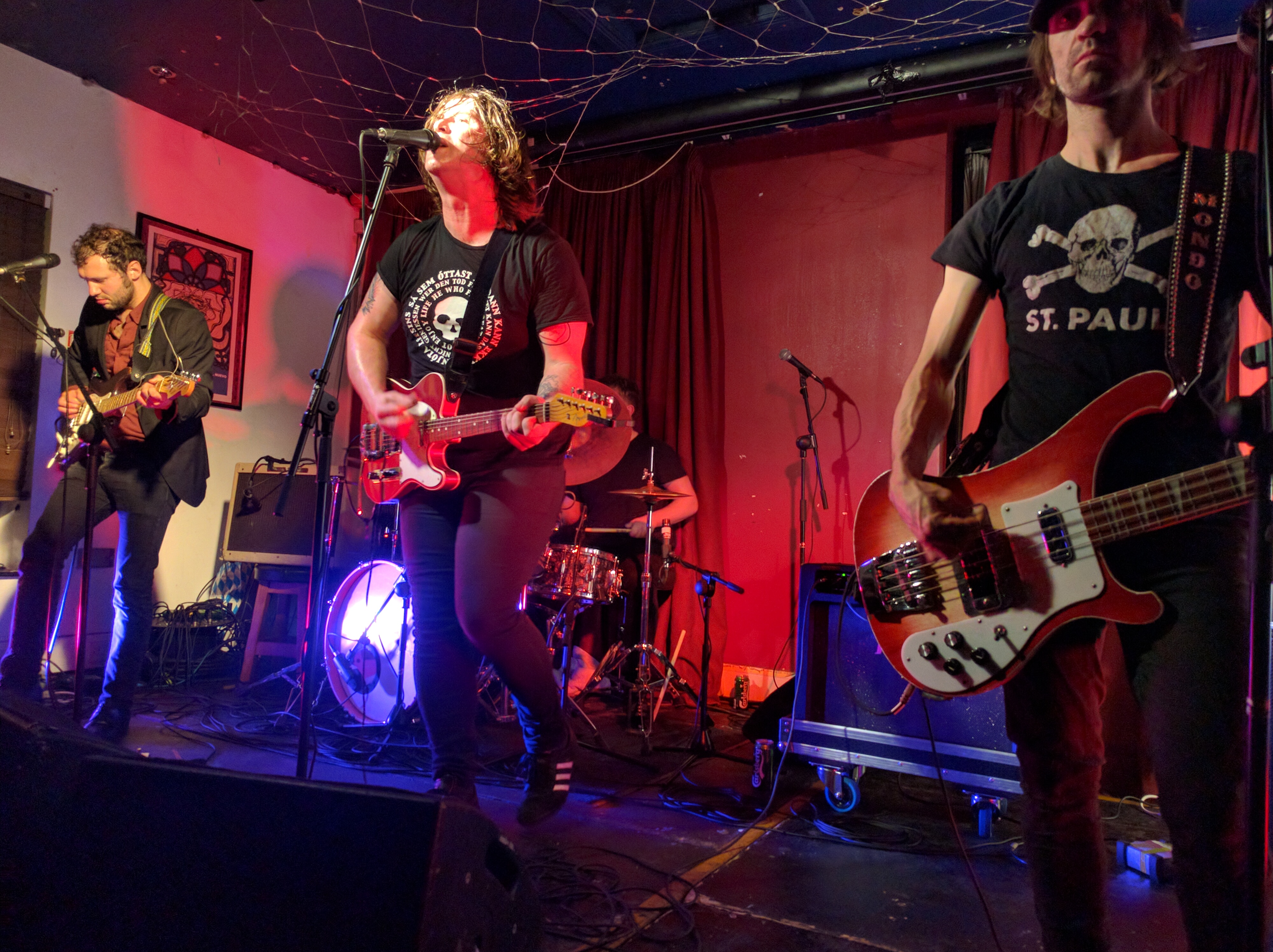 A few tins and only a short time before Stef and his musical comrades took to stage, opening with the single Stella from their last and most psychedelic album, Year of the Horse. The Dubliners played their favourites for what was at this point, a massive and rampant Derry crowd, the second half of The Stef’s gig took the night into fifth gear with a polished and crazed melody of their hits and covers.

They frantically went in and out of their own tunes to play a melody of tracks from The Doors first album before taking their last track (inviting Wally and his harmonica of Waldorf & Cannon to the stage) into a thrashing version of The Velvet Underground’s ‘Waiting For The Man.’ A crazed and intoxicating end to a band which could have easily carried on for another 10 years. The Mighty Stef. 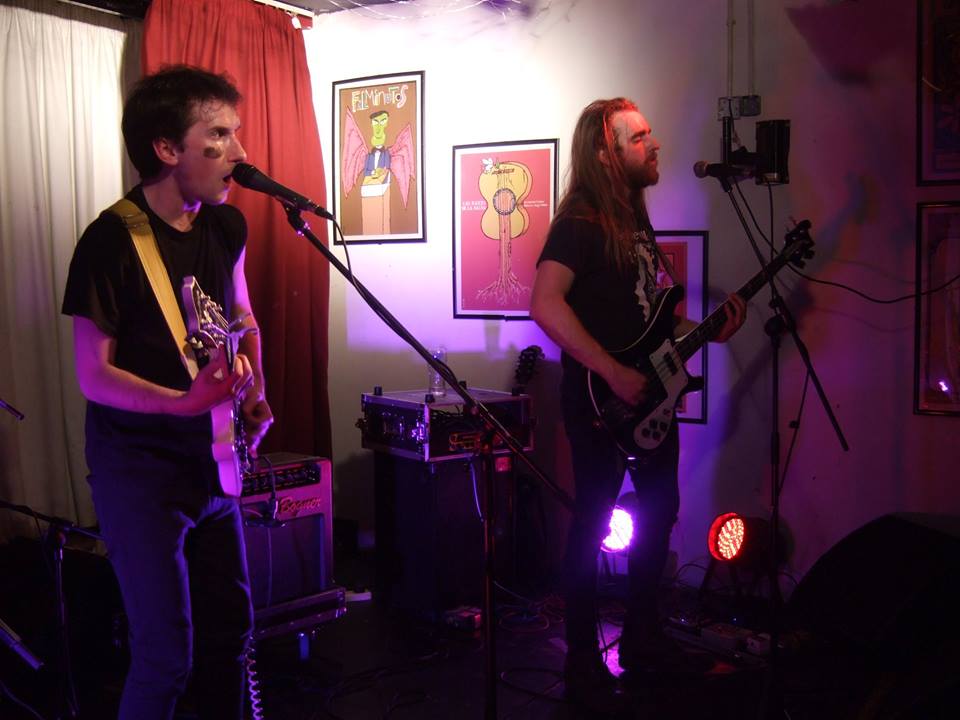 Touted by some to become Derry’s next major musical breakthrough, The Wood Burning Savages finished a night of crowd centric live music. Dedicating their performance to another triumphant force from the city in the elected Eamonn McCann who eagerly watched on. Playing new and past singles, ‘We Love You’ and ‘Lather, Rinse, Repeat’ gave the night it’s last injection of punk, rock and love.

Like all great local gigs, as the crowd dispersed and the bands packed up, one of this year’s greatest nights felt like it ended as soon as it began. 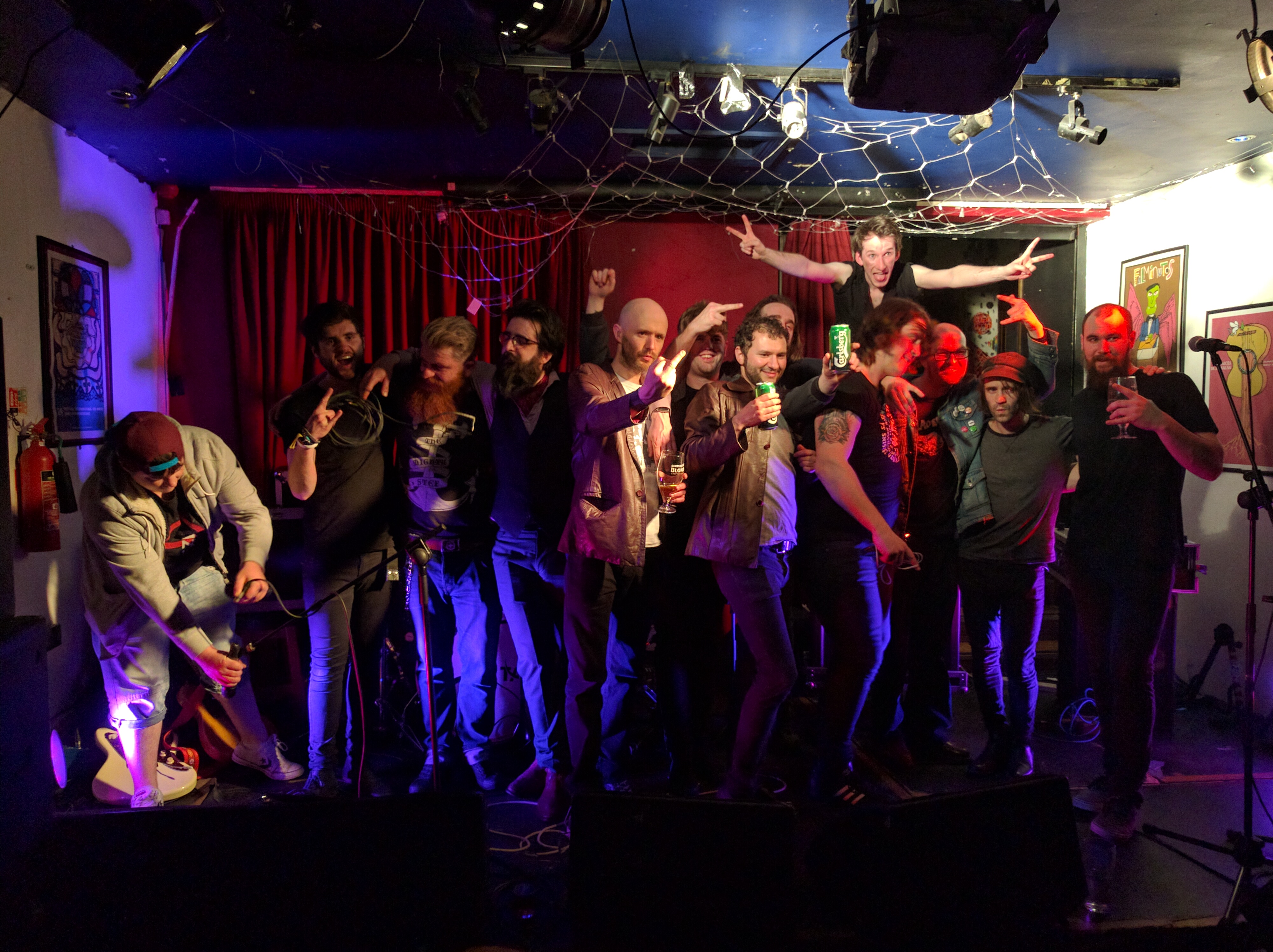