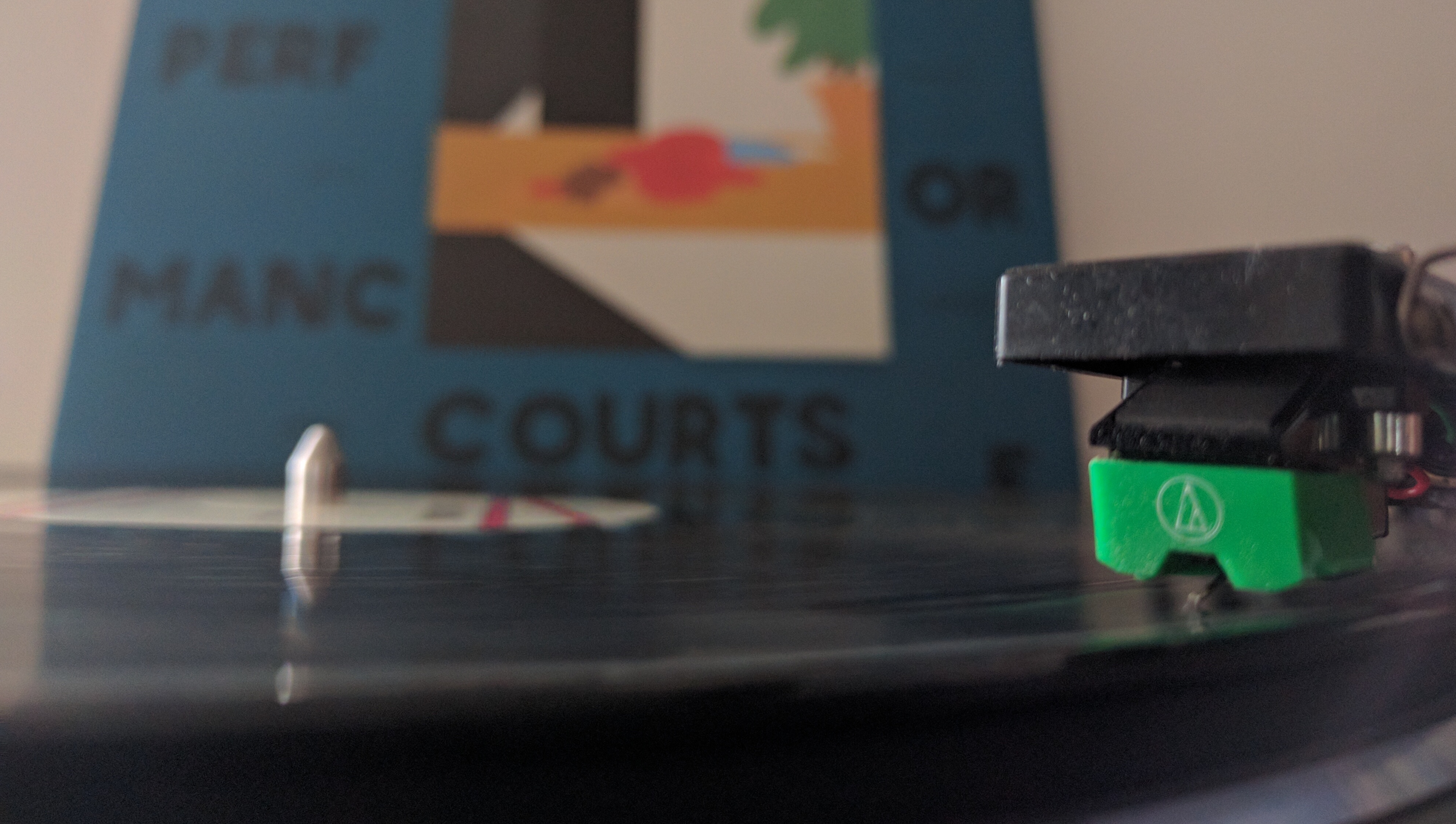 A metronome like 4/4 beat which never alters, guitars strummed like an elastic band, bass licks that could fit in with Madness or the Rolling Stones and disgusted, disinterested vocals of attitude.

This summed up the Parquet Courts for me, loud, americanised punk. Positive, original work but… nothing to set the world on fire. How very wrong I was.

Parquet Courts newest LP Human Performances showed me how misplaced my opinion was. After 10 days with the record, I’ve easily listened to it eight times, most playing cover to cover and back to the start again. It is simply a modern masterpiece.

Those who have heard the LP’s two singles, Dust and Human Performances, will know it's hard not to love them, these two tunes may be a departure but they are distinctly Parquet Courts, I expected much of the same from the rest of the record but I heard so much more.

Tangent lines from the strangest and greatest bands in history are scattered throughout this record like an up-turned jigsaw puzzle. Berlin Got Blurry instantly grabbed me, a semi acoustic guitar riff bridge, made me imagine the Shadows, before shooting into a verse reminiscent of The Specials with a reggae bass setting the vibes, all before introducing an organ in the chorus, totally homaging The Zombies.

And Berlin Got Blurry is just one song! The Courts dropped some of the attitude and disinterest which has helped them rise this far, now evidently taking in more influence and spending longer time in the studio to tweak and improve sounds.

There is so very much of Lou Reed in this LP, Transformer was clearly on repeat when they were writing as were Velvet Underground. The last track on side 2, is so the Underground’s I’m Sticking With You. Don't get me wrong, I don't feel these guys are stealing work, infact the opposite, I think the Courts have produced an album I haven't heard in a long time, one with direct influences, excellent influences, the best influences.

It's easy to forget how stunning the actual vinyl record is when talking about the music housed on it. A matte print on card unvarnished feels great in your hands, a little like The Beatles Magical Mystery Tour, the gatefold sleeve has a lyric and picture book stapled into the fold, with hypnotic art and cryptic lyric sheets the gatefold of this album is nearly as inspired as the music.

I can hear so much of The Fall, so much of Sonic Youth and a whole lot more Velvet Underground than anyone else. Often with new music, it's our influences which shine through the music we listen to not the artists. As anyone who has listened to Human Performances will know, there is so much more hidden on this masterful LP.