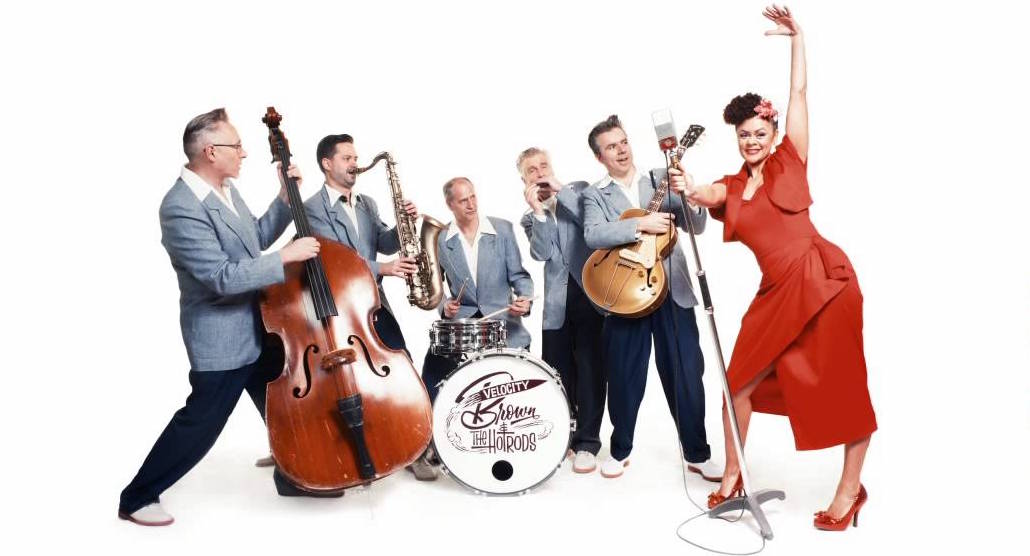 Derry can sometimes feel like a glum place when remembering the magnitude of live acts and events which the city hosted in 2013. From Elvis Costello to the London Symphony Orchestra, everything else was bound to seem a little deflated.

There are, however, moments of a return of the ‘buzz’ and widespread joy that 2013 brought, The Fleadh Cheoil, Record Store Day, local festivals like Stendhal, but the greatest celebration of all comes every year on May Day weekend.

The Jazz and Big Band Festival lifts the city, rejuvenating its venues, its nightlife and its music scene. Last weekend, Derry was swamped with bands from all across the UK and Europe, tourists from wider afield and music lovers who eagerly waited for the chance to get out.

Many standards of the festival returned this year with some new faces in acts and venues; Bennigans Bar secured itself as Derry’s premier jazz club and was constantly bustling with the biggest of acts gracing their tight stage.

Friday kicked the festival into second gear with some great acts across the city, here were some of the best picks; local collaborator and jazz drumming maestro David Lyttle was joined by his usual trio John Goldsby on bass and Tom Harrison on sax. The trio hit up the Playhouse on the Friday of the festival.

Manchester and Salford based rockabilly trio Wild rocked the Maiden City once again, playing everything from T-Rex to The Clash and with all the Bo Diddley you could want in between, all in their unique rock and roll roots, playing in countless venues over the weekend. Suzanne Savage and John Leighton rapped up an excellent opening to the weekend in Bennigans Bar at midnight.

Saturday brought the real heart of the festival with the majority of gigs, that day. The Cafe Jazz Project has been running as long as the festival itself, with a number of local jazz maestros playing some of the most genuine traditional jazz during the whole weekend, cafes and restaurants hosted these Parisian sounds.

Charlie Wood was one of this year’s headline acts and is currently the most wanted jazz man in Britain, having played with B.B. King and George Fame, Charlie Wood’s Trio are prestigious in their musical roots, they played Bennigans on Saturday night. Remembering the life of the great Art Blakey spouts Jean Toussaint’s Roots & Herbs project. An all star line up of British jazz musicians performed their reinterpretation of Art’s renowned work at the Playhouse.

The Playhouse’s prohibition inspired Speakeasy has been a cornerstone of the festival for a number of years now, period drinks, burlesque dancers and legendary tribute acts produce the best venue to take you to a different world. Get a feel for the atmosphere from last year, as the Speakeasy was as transforming and time travelling as ever before.

If Saturday brought the heart, Sunday brought the soul with the best day of the festival. Victoria Geelan evoked her inner Nina Simone with an act she has carried out at the Speakeasy annually. Taking on a giant of music, I can speak from experience that she did the great lady justice.

Sandino’s 50’s rockabilly Rumble Club ended the festival, bringing the best rock and roll acts to grace the city. Carmen Gia and the Hot Rods are an act I’ve made sure to witness every year, a five piece rhythm and blues bands complete with a double bass, brass and a host of original rockabilly tunes. Now Velocity Brown and the Hot Rods, they took the roof off Sandino's.

The festival’s headliner hit St. Columbs Hall on Sunday night. Roy Ayers is one of the industry’s forefront legends. Playing jazz and R&B for nearly 50 years, he was always bound to blow his audience away

This year promised to be and delivered as one of the festival’s best, getting the Derry masses to dust of their blue suede shoes, dig out their best retro rags and jive the weekend away.