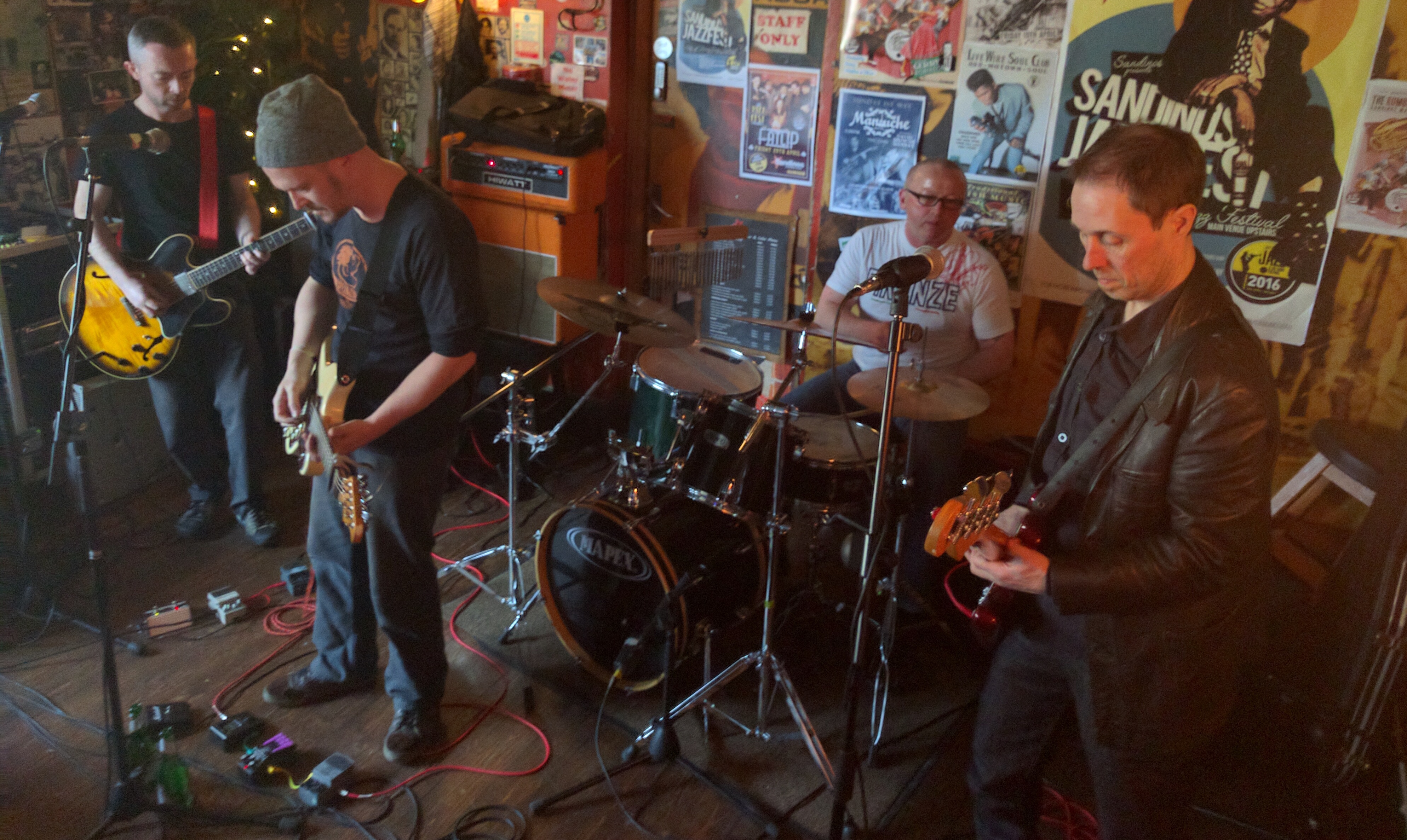 On April 18, masses of vinyl collectors, enthusiasts, newbies and resellers descended on Foyle Street in Derry for their local record shop’s celebration of Record Store Day 2016. Cool Discs and Sandino’s bar annual joy of the vinyl record brings out not only black wax fans but lovers of live music, the one day festival’s travelling sounds take crowds from the packed and bursting record shop front around the corner to hive of musical activity in Sandinos.

With boxes of exclusivity in RSD records and live acoustic sets, Cool Discs set the day off, opening it’s doors at around 8am to the eagerly awaiting fanatics. The independent record shop’s owner Lee Mason tells me “There is always those get up hours before the doors open, someone camped themselves at the doors from around 6.30 this morning.” 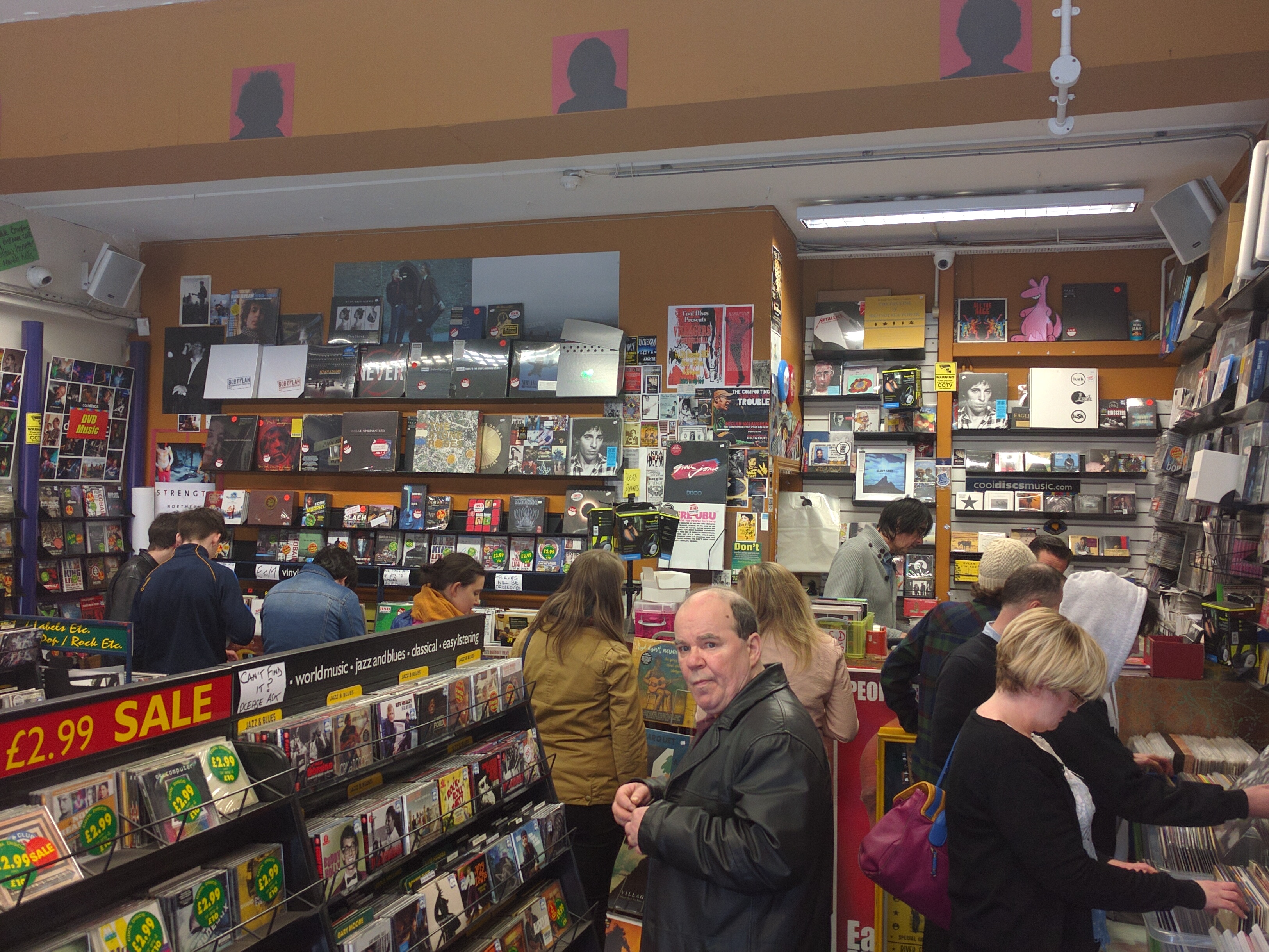 The rarest of records always go first, Lee continues, the first record to be sold was the David Bowie, The Man Who Sold the World, 12” picture disc along with some Bowie singles. Xui Xui’s reinterpretation of the cult TV show Twin Peaks soundtrack went straight away as did the Force Awakens soundtrack and Star Wars Dubstep LP.

Misfortune hit this year’s RSD however, as a number of bands were forced to pull out of performing because of unavoidable circumstances, Waldorf and Cannon and The Gatefolds powered through but it meant that the acoustic sets planned for the shop floor were electrified and moved to the hungry crowd of music fans in Sandinos.

Whilst the day may have lost some of it’s festival feel, it couldn't put off the hordes of vinyl fanatics as Cool Discs had its most successful year yet, selling more vinyl to a greater and more varied volumes of customers.

Danny McGeady opened up the shop on RSD morning, he explained “It’s been much better than RSD 2015, it’s much better than we could have expected. It’s not always easy, we need the vinyl collectors and fanatics to make sure the day works.” It’s a good excuse to head record shopping as regular stock in Cool Discs is dropped to 50%.

There is always a few hidden gems that fall through the net of beady eyed record collectors, “I was surprised some stuff haven't gone yet,” Lee says, “Joe Strummer, Primal Scream and Air are all there, I was expecting those to get picked up right away.

As a constant stream of customers keeps Cool Discs bustling all day, I moved around to Sandinos to catch some of the now electric acts and find out what some of the city’s resident vinyl collectors have snatched up. 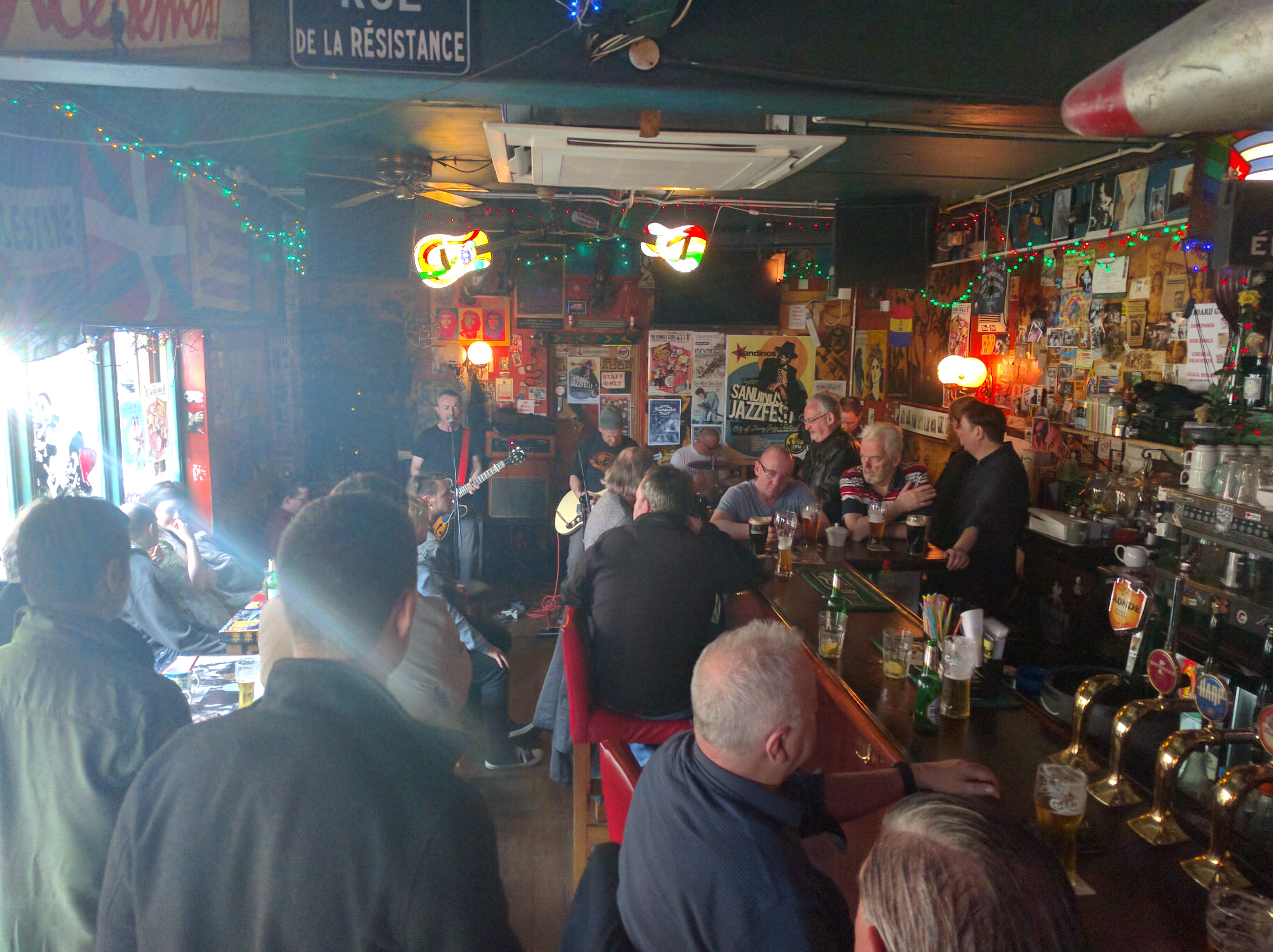 Waldorf and Cannon kicked of the gathering crowd on the single level of Sandino’s main bar with their spliced stylings of thumping electric guitars and homemade wooden drum machines. Erratic alternative two piece in a folk setting, with both elements taking a front seat at different times.

Talking to the vinyl masses, local artists were high up their wish list of black wax with The Undertones and That Petrol Emotion both having exclusive records on the RSD roster. Local DJ and music guru Paul McCartney of Bam Bam and The Calling carefully looks after his two That Petrol Emotion 10” records as we watch the Gatefolds set up, he suggests, “It’s a great day for record fans when we can get exclusive records and new releases reduced, I can see second hand vinyl taking a bigger part in the day in the next few years, a celebration of preloved records is missing.” 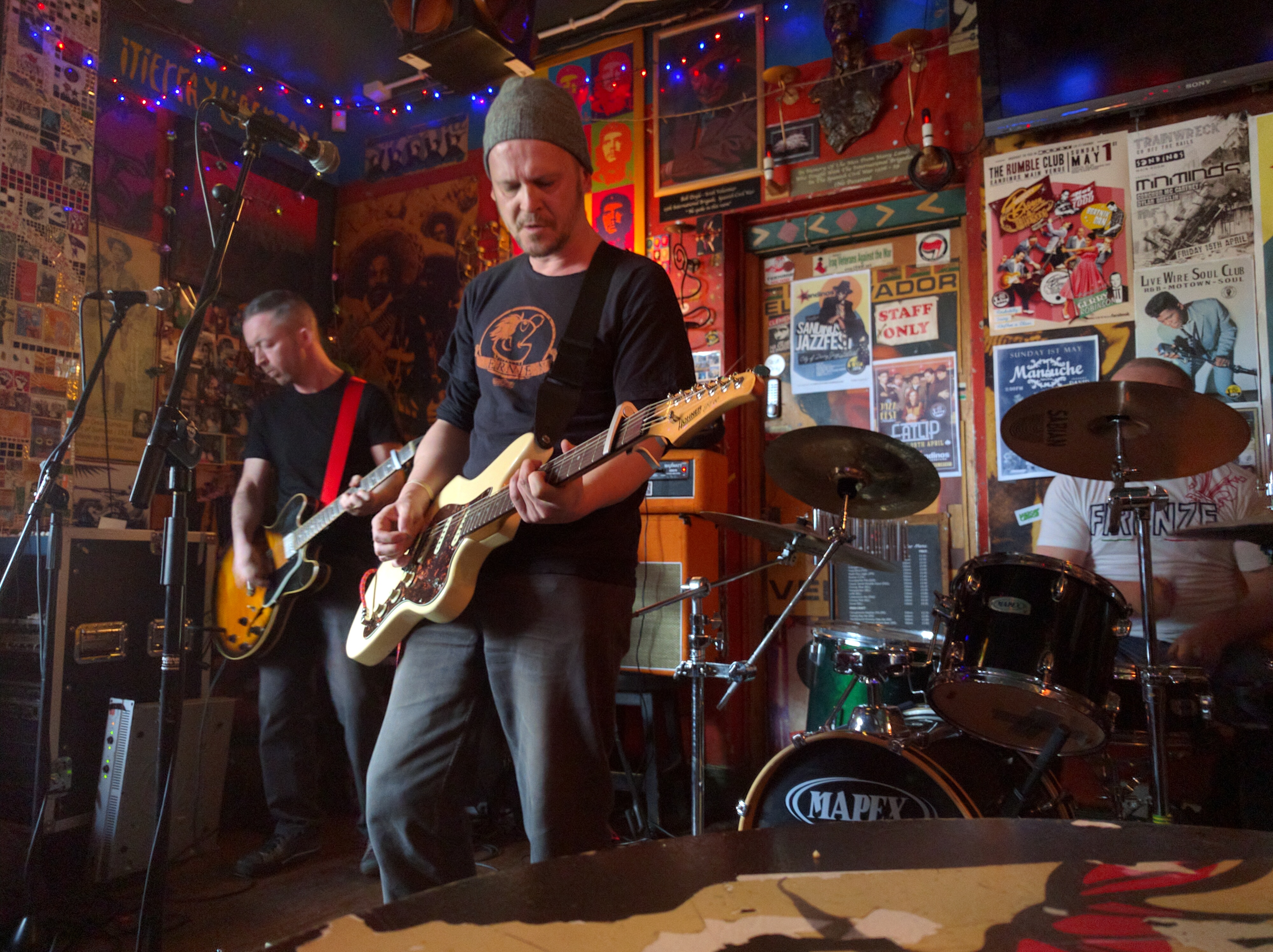 The four piece alternative Gatefolds close the proceedings with an electric set to blow cobwebs away, flashes of The Clash, Joy Division and the frantic psychedelic feel of Brian Eno combine to create a band with two feet firmly placed in both pre and post punk.