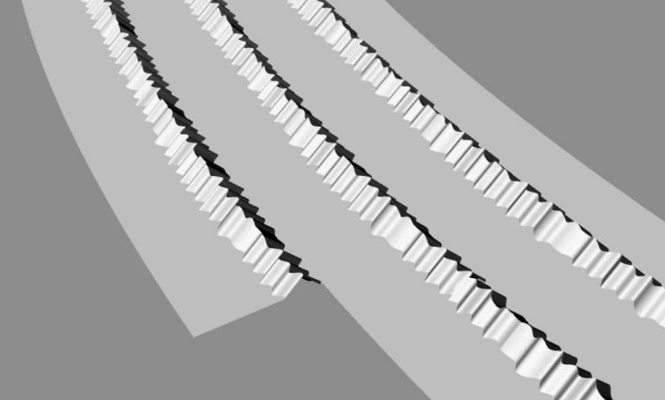 Modern entertainment has become all about quality. Rather snobbishly, I now find it hard to watch a film or television which isn't in 1080 or 720p. Much in the same way, It's difficult to listen to compressed mp3 files in a car or from an iPod when being used to uncompressed vinyl quality from a standard hi-fi system.

This gap between the quality of digital and analog music is set to become even wider as Australian company, Rebeat Digital, have a patent pending for a new way to press and produce vinyl. Originally reported on by Digital Music News, this new process allows 30% greater volume and 30% more capacity for tracks on a record.

The birth of HD vinyl is upon us, the company suggest that this new form of vinyl doubles the quality of playback on traditional and modern record players. “This is a completely backwards-compatible technology,” said Guenter Loibl, Rebeat CEO. “It will play on any existing turntable, you don’t need to buy a new system to enjoy the benefits.”

For the nerds amongst us, the record's grooves will be moved closer together with the plates which press the vinyl gaining a longer life and deeper, more detailed grooves. This new way of laser etching the plates also means that the time it takes to press black wax is dramatically reduced by 60%.

The length of time it currently takes to press vinyl for major releases is a serious problem for the industry and one of the main reasons vinyl's comeback has been a slow and arduous one.

The concept could be on the market within 3 years, with greater quality audio, more songs per side and far faster rate of pressing records; 'HD Vinyl' could be the thing to finally allow high music quality to break through the glass ceiling of compressed MP3s and streaming services.